As the economy is reliant on automotive-related exports to the Eurozone, especially to Germany, it is vulnerable to adverse developments in the industry. 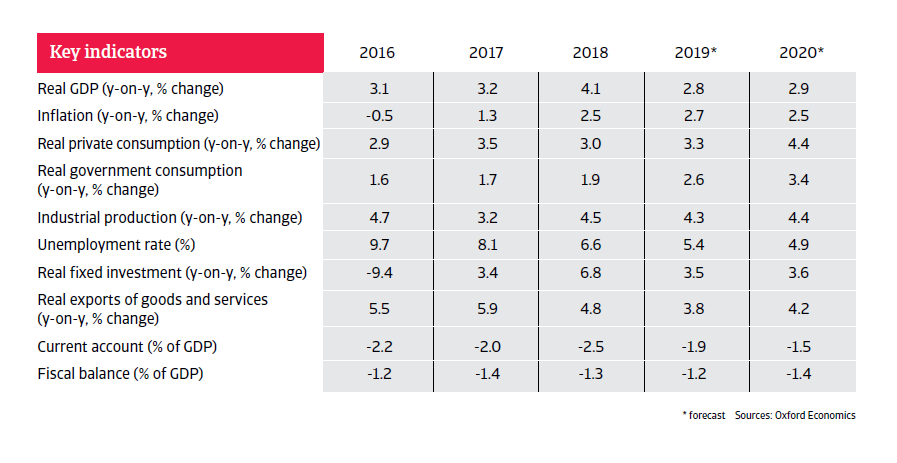 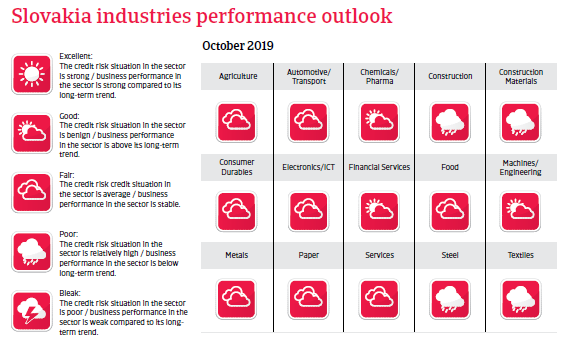 Having served as Prime Minister for ten of the past 12 years, in March 2018 Robert Fico resigned after mass demonstrations against his government. The protests were triggered by the assassination of a journalist who was investigating alleged links between the administration and organised crime as well as cronyism within the governing social-democratic Smer-SD party.

After Fico´s resignation it seems that the current coalition government (consisting of the Smer-SD, the nationalist SNS party and the liberal conservative Most-Híd party) is stable enough to remain in charge for the time being. However, any further revelation of corruption allegations and power abuse could lead to increased political instability and a snap election.  Next general elections are due to be held in March 2020.

Slowdown in growth due to external developments

Economic growth is expected to slow down in 2019 and 2020, mainly due to lower external demand from the Eurozone (especially from Germany), and looming downside risks (e.g. Brexit, global protectionism). However, the economic expansion should remain above 2.5% annually, sustained by robust domestic demand. Large foreign investments (especially in the automotive sector) have increased productivity.

The Slovakian banking sector is generally well-capitalised with strong liquidity. However, the sharp increase in household debt over the last couple of years poses a potential downside risk, and since 2018 the Central Bank has introduced stricter regulations for loan takers.

Government finances are stable, with the budget deficit being kept below 3% of GDP since 2013. The deficit is expected to be around 1.5% of GDP in 2019 and 2020. Slovakia´s external economic position is solid.

As the Slovakian economy is heavily reliant on industrial exports to the Eurozone (especially automotive-related exports to Germany), it remains very vulnerable to adverse developments in the automotive sector. The current challenges in the industry (decreasing sales and profits, shift to more e-mobility away from combustion engines, potential US tariffs on car and car part imports from the EU) pose a major downside risk to the economy. Any downturn would increase the credit risk of Slovakian businesses along the value chain. 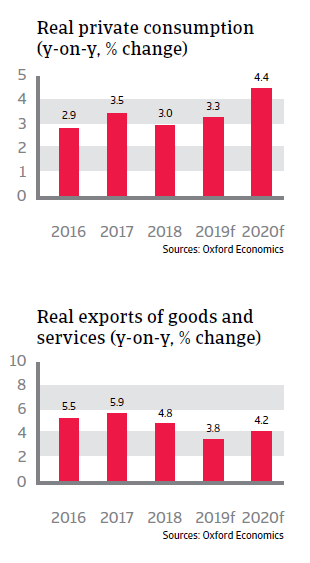 Economic expansion in the Czech Republic is forecast to remain positive over the coming months, with an average growth rate of about 3% this year.